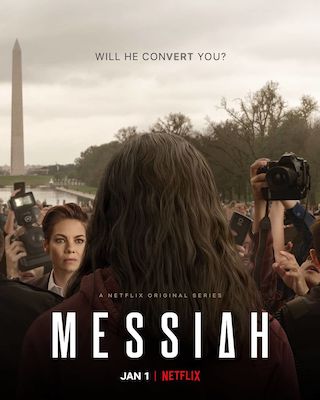 When Will Messiah Season 2 Premiere on Netflix? Renewed or Canceled?

Messiah explores the lines among religion, faith and politics. It chronicles the modern world's reaction to a man who first appears in the Middle East creating a groundswell of followers around him claiming he is the Messiah. Is he sent from God or is he a dangerous fraud bent on dismantling the world's geopolitical order? The story unfolds from multiple points of view, including a ...

Messiah is a Scripted Drama, Thriller, Mystery TV show on Netflix, which was launched on January 1, 2020.

Previous Show: Will 'Dickinson' Return For A Season 4 on Apple TV+?

Next Show: When Will 'Good Sam' Season 2 on CBS?