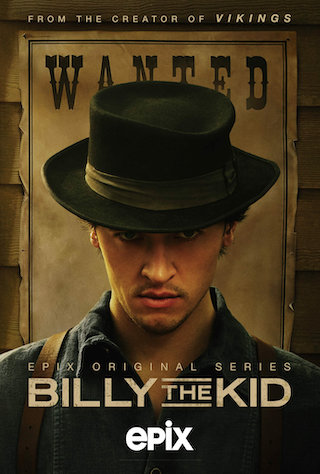 When Will Billy the Kid Season 2 Premiere on EPIX? Renewed or Canceled?

"Billy the Kid" Status on EPIX:

Billy the Kid is based on the life of famous American outlaw Billy the Kid, also known as William H. Bonney -- from his humble Irish roots, to his early days as a cowboy and gunslinger in the American frontier, to his pivotal role in the Lincoln County War and beyond.

Billy the Kid is a Scripted Adventure, Crime, Western TV show on EPIX, which was launched on April 24, 2022.

Previous Show: Will 'Away' Return For A Season 2 on Netflix?

Next Show: When Will 'Star Trek: The Next Generation' Season 8 on Syndication?