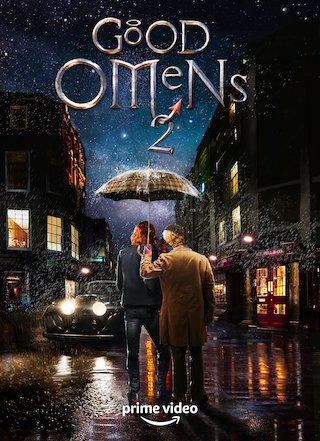 When Will Good Omens Season 2 Premiere on Prime Video?

According to The Nice and Accurate Prophecies of Agnes Nutter, Witch (the world's only completely accurate book of prophecies), the world will end on a Saturday. Next Saturday, in fact. Just before dinner.So the armies of Good and Evil are amassing, Atlantis is rising, tempers are flaring. Everything appears to be going according to Divine Plan. Except Aziraphale, a somewhat fussy angel, and Crowley, ...

Good Omens is a Scripted Comedy, Action, Fantasy TV show on Prime Video, which was launched on May 31, 2019.

Previous Show: Will 'The Capture' Return For A Season 3 on BBC iPlayer?

Next Show: When Will 'Bloodlands' Season 3 on BBC One?