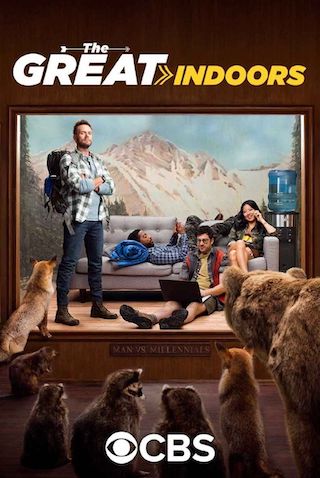 When Will The Great Indoors Season 2 Premiere on CBS? Renewed or Canceled?

"The Great Indoors" Status on CBS:

Jack has led a thrilling "outdoorsy" life exploring the edges of the earth while chronicling his adventures for Outdoor Limits. But his globe-trotting days end when the magazine's charismatic founder and outdoor legend, Roland, announces the publication's move to web-only and assigns Jack to supervise their online team of "journalists." Jack's eager 20-something colleagues include Clark, a tech nerd who knows everything about surviving ...

The Great Indoors is a Scripted Comedy TV show on CBS, which was launched on October 27, 2016.

Previous Show: Will 'Hostages' Return For A Season 2 on CBS?

Next Show: When Will 'Jericho' Season 3 on CBS?