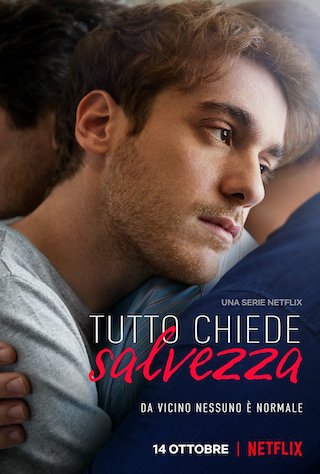 When Will Tutto chiede salvezza Season 2 Premiere on Netflix? Renewed or Canceled?

Does ending up under TSO (Compulsory Health Treatment) for seven days mean being crazy? This is what Daniele asks himself. Daniele is a twenty-year-old with a great sensitivity, who after a psychotic crisis wakes up in the dormitory of a psychiatric ward. There he finds himself with five unlikely roommates with whom he thinks he has nothing in common, pressured by doctors who they want ...

Tutto chiede salvezza is a Scripted Drama, Comedy TV show on Netflix, which was launched on October 14, 2022.

Previous Show: Will 'Round the Twist' Return For A Season 5 on ABC?

Next Show: When Will 'Judge Steve Harvey' Season 2 on ABC?