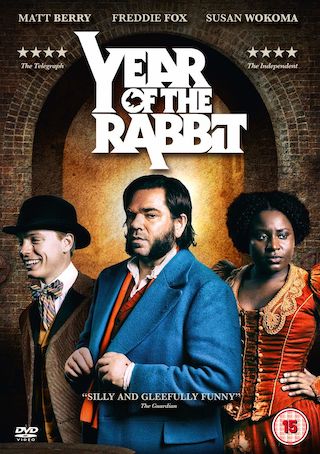 When Will Year of the Rabbit Season 2 Premiere on Channel 4? Renewed or Canceled?

"Year of the Rabbit" Status on Channel 4:

"Year of the Rabbit" Summary

Set in Victorian-era London, the series follows Detective Inspector Rabbit, a hardened booze-hound who's seen it all, and his new, hapless, by-the-books partner. While they're investigating a local murder, the lewd but insightful adoptive daughter of the chief of police joins them, becoming the country's first female officer. Together, the trio must fight crime while rubbing shoulders with street gangs, crooked politicians, Bulgarian princes, spiritualists, ...

"Year of the Rabbit" Brief Overview

Year of the Rabbit is a Scripted Comedy, Crime TV show on Channel 4, which was launched on June 10, 2019.

Previous Show: Will 'V Wars' Return For A Season 2 on Netflix?

Next Show: When Will 'Classroom of the Elite' Season 3 on AT-X?