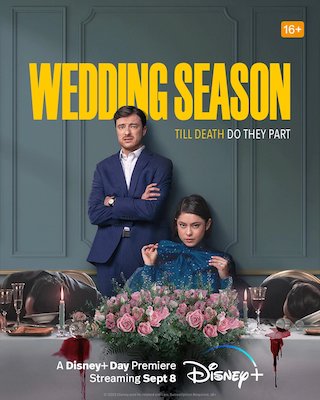 When Will Wedding Season Season 2 Premiere on Disney+? Renewed or Canceled?

Wedding Season tells the story of Katie and Stefan who fall for each other at a wedding and begin an affair, despite Katie already having a fiancé. Two months later at Katie's wedding, her new husband and his entire family are murdered. The police think Stefan did it. Stefan thinks Katie did it. And no one knows for sure what the truth is…

Wedding Season is a Scripted Comedy, Action, Romance TV show on Disney+, which was launched on September 8, 2022.

Previous Show: Will 'Suspect' Return For A Season 2 on Channel 4?

Next Show: When Will 'How I Met Your Father' Season 2 on Hulu?