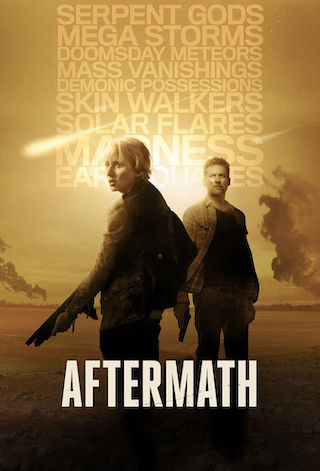 When Will Aftermath Season 2 Premiere on CTV Sci-Fi Channel? Renewed or Canceled?

The Copeland family (parents Karen and Joshua, and their children Dana, Brianna and Matt) battles for survival when civilization comes to an apocalyptic end, triggered by massive storms, meteor strikes, earthquakes, and plague - and the rise of supernatural creatures.

Aftermath is a Scripted Drama, Science-Fiction, Supernatural TV show on CTV Sci-Fi Channel, which was launched on September 27, 2016.

Previous Show: Will 'Devils' Return For A Season 3 on Sky Atlantic?

Next Show: When Will 'The Proof Is Out There' Season 4 on History?