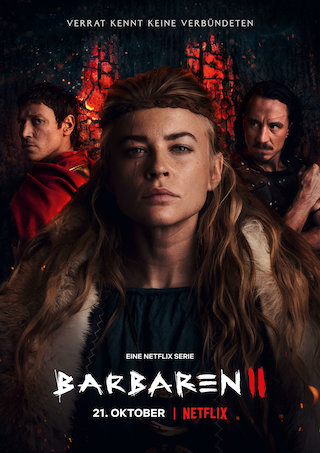 When Will Barbaren Season 3 Premiere on Netflix? Renewed or Canceled?

In the famous battle of the Teutoburg Forest, Germanic warriors in 9AD halted the spread of the Roman Empire in its advance north. This bloody encounter of two worlds is tragically interwoven with the destinies of three young people whose fate will lead them from innocence to guilt, from loyalty to betrayal, and from love to hate.

Barbaren is a Scripted Drama, Action, History TV show on Netflix, which was launched on October 23, 2020.

Previous Show: Will 'The Man Who Fell to Earth' Return For A Season 2 on Showtime?

Next Show: When Will 'Bad Sisters' Season 2 on Apple TV+?