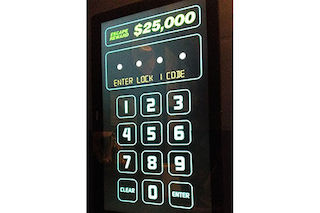 When Will Race to Escape Season 2 Premiere on Science? Renewed or Canceled?

"Race to Escape" Status on Science:

Panic rooms take on a whole new meaning in Science Channel's RACE TO ESCAPE, premiering 25 July 2015. Two teams of three strangers compete in the ultimate test of grace under pressure. Trapped in a locked barber shop, a bar, or a 19thcentury drawing room, the teams race the clock to solve clues hidden in their room to open the door to freedom and ...

Race to Escape is a Reality TV show on Science, which was launched on July 25, 2015.

Previous Show: Will 'Hacking the Wild' Return For A Season 2 on Science?

Next Show: When Will 'Outrageous Acts of Danger' Season 2 on Science?