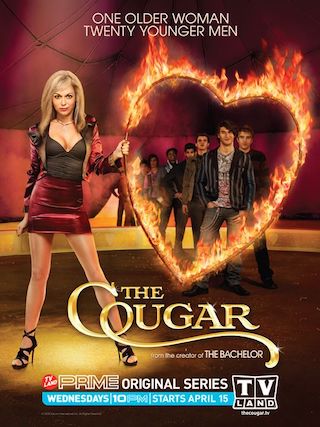 When Will The Cougar Season 2 Premiere on TV Land? Renewed or Canceled?

"The Cougar" Status on TV Land:

The Cougar is an American reality television series where an older woman (aka cougar) chooses a boyfriend from a group of twenty younger men. The series premiered on TV Land on April 15, 2009, and is hosted by TV actress and producer, Vivica A. Fox. Over eight weekly hour-long episodes, the young men (all in their 20's) compete for a chance to have a ...

Previous Show: Will 'She's Got the Look' Return For A Season 4 on TV Land?

Next Show: When Will 'I Pity the Fool' Season 2 on TV Land?