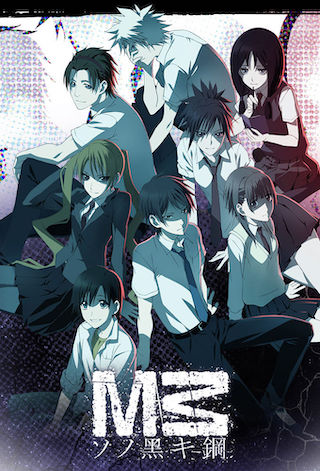 There is distorted, deep blackness everywhere. That place, in which blackness swallowed everything and took away everything, has become known as the avidya zone. Strange beings assume the very form of the despair and chaos of humanity. They are known by this name: Imashime. An expedition surveys the avidya zone which consumes human spirits. So, in the intricate intersection between the present in impending ...

M3: Sono Kuroki Hagane is a Animation Drama, Anime, Science-Fiction TV show on Tokyo MX, which was launched on April 22, 2014.

Previous Show: Will 'Mikakunin de Shinkoukei' Return For A Season 2 on AT-X?