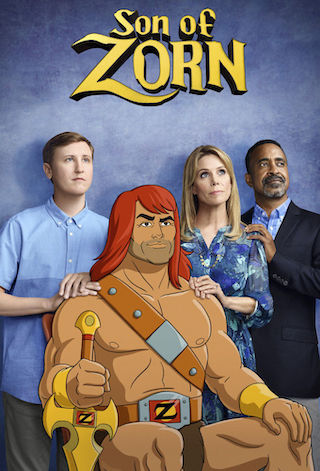 When Will Son of Zorn Season 2 Premiere on FOX? Renewed or Canceled?

"Son of Zorn" Status on FOX:

Featuring the voice of Jason Sudeikis, Son of Zorn is a new hybrid live-action/animated comedy.Upon arriving home on Earth for the first time in 10 years, ZORN, a fully animated, legendary warrior, finds that reconnecting with his live-action son, ALAN, and ex-wife, EDIE, while suffering through a mundane office job and the banality of suburban life, is harder than ...

Son of Zorn is a Scripted Comedy TV show on FOX, which was launched on September 11, 2016.

Previous Show: Will 'Human Target' Return For A Season 3 on FOX?

Next Show: When Will 'Backstrom' Season 2 on FOX?