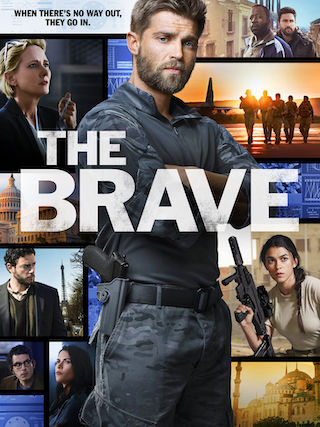 When Will The Brave Season 2 Premiere on NBC? Renewed or Canceled?

"The Brave" Status on NBC:

This fresh, heart-pounding journey into the complex world of America's elite undercover military heroes follows D.I.A. Deputy Director Patricia Campbell and her team of analysts as they wield the world's most advanced surveillance technology from headquarters in D.C. All the while, Adam Dalton and his heroic Special Ops squad of highly trained undercover specialists use their unbreakable bond and commitment to ...

The Brave is a Scripted Drama, Action, War TV show on NBC, which was launched on September 25, 2017.

Previous Show: Will 'Trial & Error' Return For A Season 3 on NBC?

Next Show: When Will 'Hannibal' Season 4 on NBC?