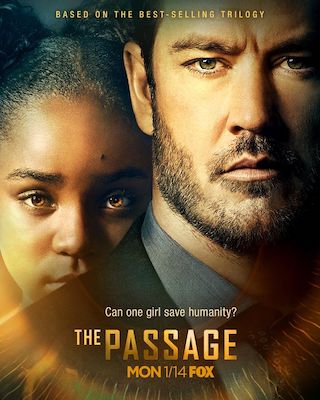 When Will The Passage Season 2 Premiere on FOX? Renewed or Canceled?

"The Passage" Status on FOX:

The Passage focuses on Project Noah, a secret medical facility where scientists are experimenting with a dangerous virus that could lead to the cure for all disease, but also carries the potential to wipe out the human race. When a young girl is chosen to be a test subject, a federal agent is tasked with bringing her in, but ultimately, becomes her ...

The Passage is a Scripted Drama, Fantasy, Horror TV show on FOX, which was launched on January 14, 2019.

Previous Show: Will 'Mythical Beasts' Return For A Season 2 on Science?

Next Show: When Will 'Body Cam' Season 5 on Investigation Discovery?