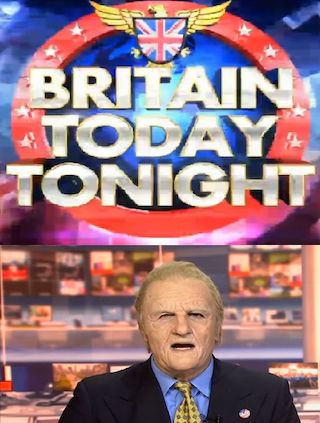 When Will Britain Today, Tonight Season 2 Premiere on Channel 4? Renewed or Canceled?

A spoof tabloid 'news show' that promises to shine a light on contemporary Britain. But with Kayvan Novak playing the part of the American anchorman, the reporters and even some of the subjects of the reports - this is the 'news' as you have never seen it before. He'll be disguising himself as a range of weird and wonderful personalities in order to perform ...

Britain Today, Tonight is a Scripted Comedy TV show on Channel 4, which was launched on May 5, 2017.

Previous Show: Will 'Backstage' Return For A Season 3 on Disney Channel?

Next Show: When Will 'Byw Celwydd' Season 4 on S4C?