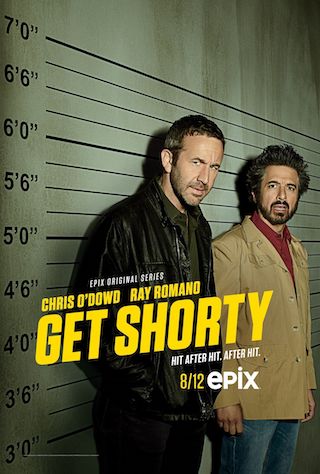 When Will Get Shorty Season 4 Premiere on Epix? Renewed or Canceled?

"Get Shorty" Status on Epix:

Inspired by Elmore Leonard's 1990 New York Times bestselling novel, Get Shorty is the story of Miles Daly, who works as muscle for a murderous crime ring in Nevada and attempts to change professions and become a movie producer, laundering money through a Hollywood film. In season three, Miles embraces more ruthless methods as he settles scores and attempts to climb the ...

Get Shorty is a Scripted Drama, Comedy, Crime TV show on Epix, which was launched on August 13, 2017.

Previous Show: Will 'Cleverman' Return For A Season 3 on Sundance TV?

Next Show: When Will 'Unsolved: The Murders of Tupac & The Notorious B.I.G.' Season 2 on USA Network?