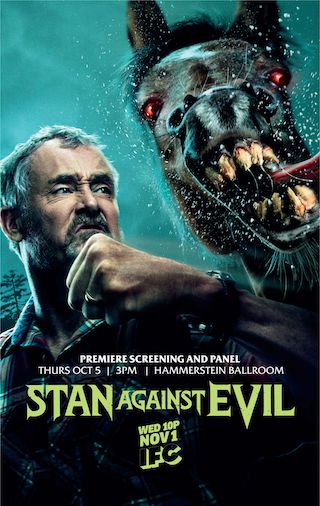 When Will Stan Against Evil Season 4 Premiere on IFC? Renewed or Canceled?

"Stan Against Evil" Status on IFC:

Stan Against Evil follows Stan Miller, a perpetually disgruntled former sheriff of a small New England town who was forced into retirement. Stan has trouble relinquishing his authority to Evie Barret, the tough and beautiful new sheriff in town, but they form an unlikely alliance when both begin to realize things are not quite right in their quaint New England town. Together, ...

Stan Against Evil is a Scripted Comedy, Action, Horror TV show on IFC, which was launched on October 31, 2016.

Previous Show: Will 'The Marvelous Mrs. Maisel' Return For A Season 5 on Amazon Prime?

Next Show: When Will 'Dragons' Den' Season 20 on BBC Two?