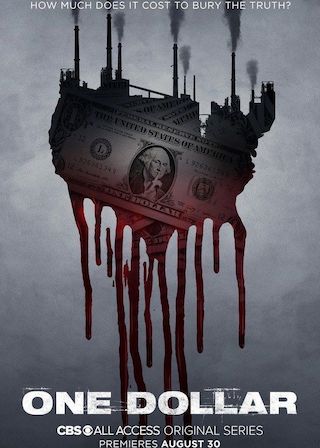 When Will One Dollar Season 2 Premiere on CBS All Access? Renewed or Canceled?

One Dollar is a mystery set in a small rust belt town in post-recession America, where a one-dollar bill changing hands connects a group of characters involved in a shocking multiple murder. The path of the dollar bill and point of view in each episode paint a picture of a modern American town with deep class and cultural divides that spill out ...

One Dollar is a Scripted Drama, Thriller, Mystery TV show on CBS All Access, which was launched on August 30, 2018.

Previous Show: Will 'Bull' Return For A Season 7 on CBS?

Next Show: When Will 'Ballers' Season 6 on HBO?