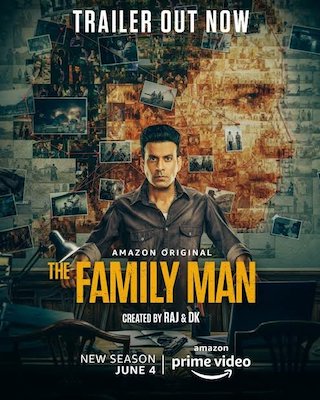 When Will The Family Man Season 3 Premiere on Prime Video?

The Family Man follows the journey of Srikant Tiwari, a man who tries to strike a balance between the responsibilities of his family while working for a highly secretive special cell of the National Intelligence Agency, attempting to spot and prevent large-scale terror attacks on the country and its citizens.

The Family Man is a Scripted Drama, Action, Thriller TV show on Prime Video, which was launched on September 20, 2019.

Previous Show: Will 'Tyler Perry's Assisted Living' Return For A Season 4 on BET?