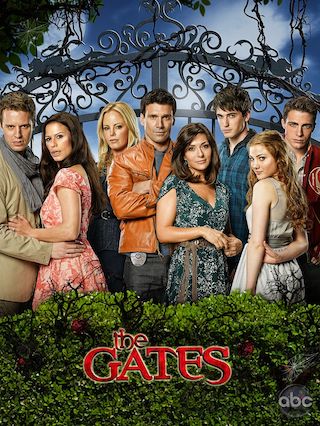 When Will The Gates Season 2 Premiere on ABC? Renewed or Canceled?

"The Gates" Status on ABC:

Nick Monohan and his family move from Chicago to a quiet, upscale planned community called The Gates, where he will be chief of police. They soon realize that their neighbors are not who they seem to be. The Gates is filled with such beings as vampires, witches, werewolves, and a succubus.

The Gates is a Scripted Drama, Crime, Supernatural TV show on ABC, which was launched on June 20, 2010.

Previous Show: Will 'Hollywood' Return For A Season 2 on Netflix?

Next Show: When Will 'Other Space' Season 2 on Yahoo! View?