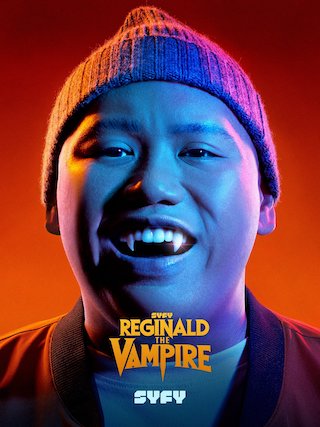 When Will Reginald the Vampire Season 2 Premiere on Syfy? Renewed or Canceled?

"Reginald the Vampire" Status on Syfy:

Imagine a world populated by beautiful, fit and vain vampires. Reginald Andres tumbles headlong into it as an unlikely hero who will have to navigate every kind of obstacle – the girl he loves but can't be with, a bully manager at work and the vampire chieftain who wants him dead. Fortunately, Reginald discovers he has a few unrecognized powers of his own. A new show ...

Reginald the Vampire is a Scripted Drama, Comedy, Supernatural TV show on Syfy, which was launched on October 5, 2022.

Previous Show: Will 'Tales of the Walking Dead' Return For A Season 2 on AMC+?