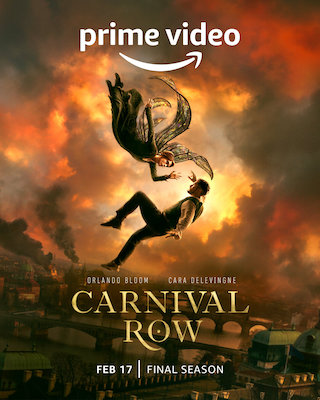 Carnival Row is a fantasy-noir set in a neo-Victorian city. Mythical creatures fleeing their war-torn homeland have gathered in the city, and tensions are simmering between citizens and the growing immigrant population. We follow the investigation of a string of unsolved murders which are eating away at whatever uneasy peace still exists.

Carnival Row is a Scripted Drama, Fantasy, Horror TV show on Prime Video, which was launched on August 30, 2019.

Previous Show: Will 'The Nevers' Return For A Season 2 on HBO?