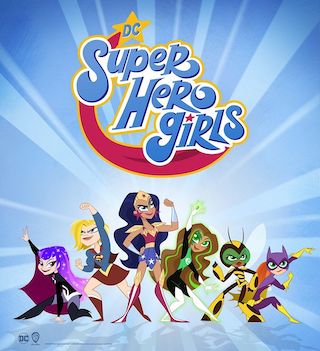 The world may know them as Wonder Woman, Supergirl and Batgirl, but not-so-typical teenagers Diana, Kara and Barbara, alongside their Super Hero friends have much more to deal with than just protecting the citizens of Metropolis from some of the most sinister school-aged Super-Villains of the DC Universe. After all, being teens is tough enough, what with school, friends, family and the chaos that ...

DC Super Hero Girls is a Animation Action, Adventure, Science-Fiction TV show on Cartoon Network, which was launched on March 8, 2019.

Previous Show: Will 'Los Espookys' Return For A Season 2 on HBO?

Next Show: When Will 'In Their Own Words' Season 2 on National Geographic Channel?