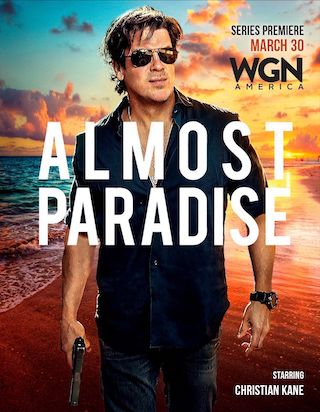 When Will Almost Paradise Season 2 Premiere on WGN America?

Almost Paradise centers on Alex Walker, a former DEA agent who was forced into early retirement. Once the DEA's most resourceful undercover operative, the combination of his partner's betrayal and a life-threatening battle with hypertension has sent him as far from the madness as he can go — the small tropical island of Cebu in the Philippines. He now runs the gift shop ...

Almost Paradise is a Scripted Drama TV show on WGN America, which was launched on March 30, 2020.

Previous Show: Will 'Crusoe' Return For A Season 2 on NBC?

Next Show: When Will 'The Protector' Season 5 on Netflix?