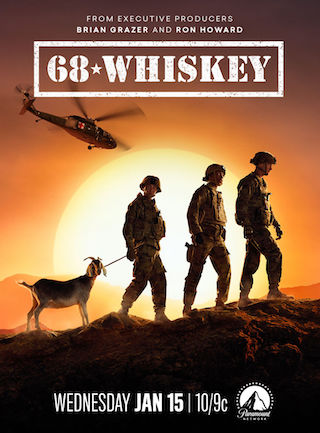 When Will 68 Whiskey Season 2 Premiere on Paramount Network? Renewed or Canceled?

68 Whiskey chronicles the lives of a diverse group of Army medics stationed in Afghanistan. The medics rely on friendship, vices and a shared sense of purpose to carry them through a dangerous (and sometimes absurd) world.

68 Whiskey is a Scripted Drama, Comedy TV show on Paramount Network, which was launched on January 15, 2020.

Next Show: When Will 'Indebted' Season 2 on NBC?