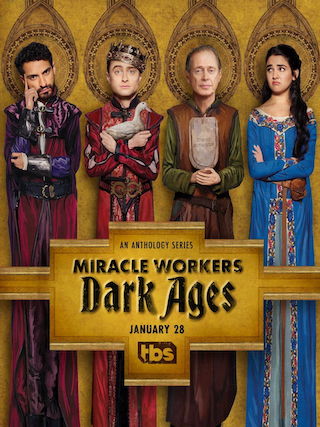 Miracle Workers is a seasonal anthology series based on Simon Rich's books.The first season is based on What in God's Name, and turns the perception of heaven on its head while also making the case that humans are worth saving.The second season is based on Revolution, and centers upon a group of medieval ...

Miracle Workers is a Scripted Drama, Comedy, Supernatural TV show on TBS, which was launched on February 12, 2019.

Previous Show: Will 'Twenties' Return For A Season 2 on BET?

Next Show: When Will 'Baghdad Central' Season 2 on All 4?