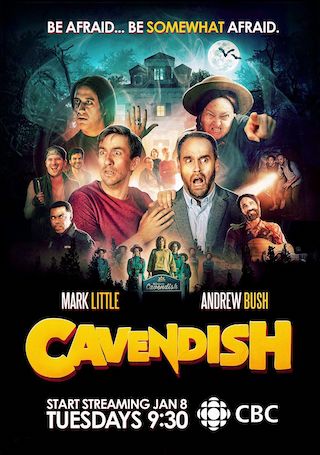 When Will Cavendish Season 2 Premiere on CBC? Renewed or Canceled?

Brothers Mark and Andy return to Cavendish for the first time since childhood to care for their ailing father who runs The Museum of the Strange and Fantastic. They quickly find out that Cavendish is not like other towns, and while Mark (the golden boy) and Andy (the striver) become embroiled in creepy misadventures, they soon realize their family dynamic hasn't changed much since ...

Cavendish is a Scripted Comedy, Supernatural TV show on CBC, which was launched on January 8, 2019.

Previous Show: Will 'Schooled' Return For A Season 3 on ABC?

Next Show: When Will 'Unspeakable' Season 2 on CBC?