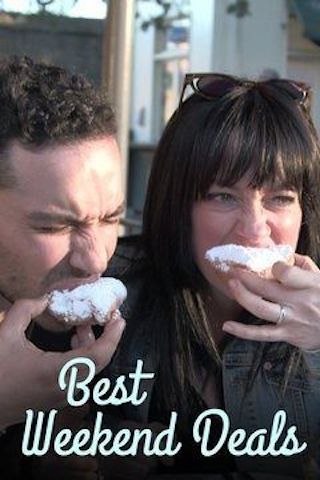 In Best Weekend Deals professional travel vloggers Kristen Sarah and Siya Zarrabi have explored more than 75 countries -- and they do it on a budget anyone can afford. These young adventurers don't spare a single luxury and live like royalty at the hottest destinations at unbelievable prices. Now they're sharing all their secrets, telling where to be and when to be there ...

Best Weekend Deals is a Reality Travel TV show on Travel Channel, which was launched on June 11, 2017.

Previous Show: Will 'Mysteries of the Outdoors' Return For A Season 3 on Travel Channel?

Next Show: When Will 'Thrill Factor' Season 2 on Travel Channel?