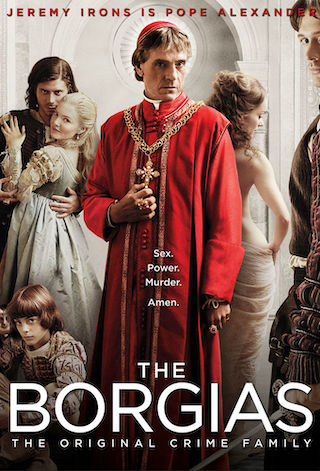 When Will The Borgias Season 4 Premiere on Showtime? Renewed or Canceled?

"The Borgias" Status on Showtime:

This expansive drama series stars Oscar winner Jeremy Irons in his Golden Globe-nominated role as Pope Alexander VI, the cunning, manipulative patriarch of the infamous Borgia dynasty, who builds an empire by bribing, buying and muscling his way into the papacy.

The Borgias is a Scripted Drama, Romance, History TV show on Showtime, which was launched on April 3, 2011.

Previous Show: Will 'Masters of Sex' Return For A Season 5 on Showtime?

Next Show: When Will 'Submission' Season 2 on Showtime?