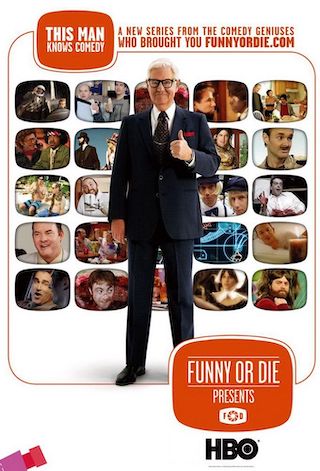 When Will Funny or Die Presents Season 3 Premiere on HBO? Renewed or Canceled?

In a technological innovation of massive proportions, executive producers Will Ferrell, Adam McKay and Chris Henchy have done the unthinkable ... They've merged TV with the Internet. Based on the popular comedy web site, FunnyOrDie.com, this new HBO comedy series provides some of the sharpest writers, actors and comedians in the business with free rein to create outrageous sketches, animations, music videos and more. ...

Funny or Die Presents is a Scripted Comedy TV show on HBO, which was launched on February 15, 2010.

Previous Show: Will 'Carnivàle' Return For A Season 3 on HBO?

Next Show: When Will 'Show Me a Hero' Season 2 on HBO?