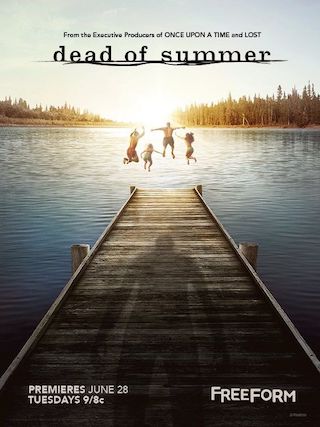 When Will Dead of Summer Season 2 Premiere on FreeForm? Renewed or Canceled?

"Dead of Summer" Status on FreeForm:

Set in the late 1980s, school is out for the summer and a sun-drenched season of firsts beckons the counselors at Camp Stillwater, a seemingly idyllic Midwestern summer camp, including first loves, first kisses - and first kills. Stillwater's dark, ancient mythology awakens, and what was supposed to be a summer of fun soon turns into one of unforgettable scares and evil at every ...

Dead of Summer is a Scripted Drama, Horror TV show on FreeForm, which was launched on June 28, 2016.

Previous Show: Will 'Pretty Little Liars' Return For A Season 8 on FreeForm?

Next Show: When Will 'Stitchers' Season 4 on FreeForm?