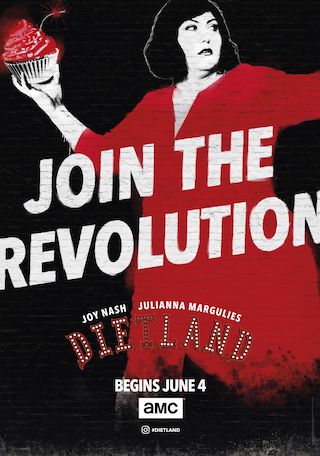 When Will Dietland Season 2 Premiere on AMC? Renewed or Canceled?

Dietland follows Plum Kettle, ghost-writer for the editor of one of New York's hottest fashion magazines, as she struggles with self-image and sets out on a wildly complicated road to self-acceptance. At the same time, everyone is buzzing over news reports about men, accused of sexual abuse and assault, who are disappearing and meeting untimely, violent deaths.

Dietland is a Scripted Drama, Comedy TV show on AMC, which was launched on June 4, 2018.

Previous Show: Will 'The American West' Return For A Season 2 on AMC?

Next Show: When Will 'AMC Visionaries: James Cameron's Story of Science Fiction' Season 2 on AMC?