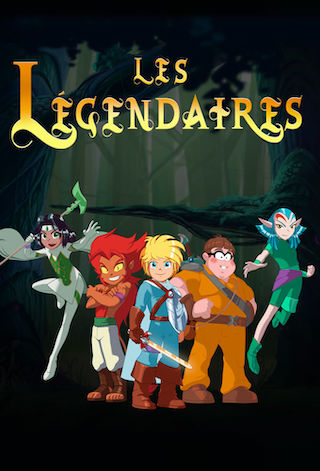 When Will Les Légendaires Season 2 Premiere on TF1? Renewed or Canceled?

Les Légendaires follows a group of brave and invincible characters who have become children again! In the middle of the fight against the sinister sorcerer Darkhell who seeks to conquer the world, The Legendaries accidentally break the Stone of Jovénia, which grants them all the eternal youth. Once again 12 years old, they fight to defeat Darkhell and restore the balance ...

Les Légendaires is a Animation Action, Adventure, Children TV show on TF1, which was launched on April 30, 2017.

Previous Show: Will 'The Barefoot Bandits' Return For A Season 2 on TVNZ 2?

Next Show: When Will 'The WotWots' Season 3 on TVNZ Kidzone24?