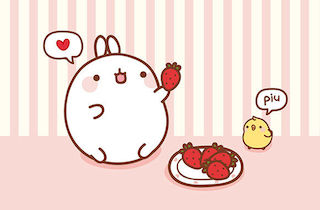 When Will Molang Season 2 Premiere on Cartoonito? Renewed or Canceled?

Whether they're flying to the moon or merely watering the vegetable patch, Molang (an enthusiastic rabbit) and Piu Piu (a friendly little chick) always have fun!

Molang is a Animation TV show on Cartoonito, which was launched on May 2, 2016.

Previous Show: Will 'Pop Team Epic' Return For A Season 2 on Tokyo MX?

Next Show: When Will 'Tsum Tsum Shorts' Season 4 on Disney Channel?