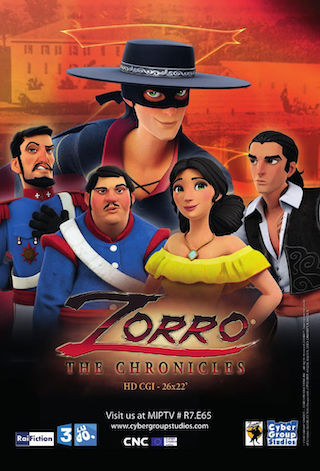 When Will Zorro: The Chronicles Season 2 Premiere on France 3? Renewed or Canceled?

"Zorro: The Chronicles" Status on France 3:

Don Diego faces the greatest challenge of his life as he fights for justice against numerous unscrupulous – and well-armed – tyrants! It is the birth of the most famous masked hero. Zorro will also have a clever and courageous leading lady by his side: Ines, his twin sister. With her and Bernardo, his faithful friend, Zorro returns to save us when we need him most.

Zorro: The Chronicles is a Animation Family TV show on France 3, which was launched on October 18, 2015.

Previous Show: Will 'DreamWorksTV' Return For A Season 2 on Family Chrgd?

Next Show: When Will 'Digby Dragon' Season 3 on Nick Jr.?