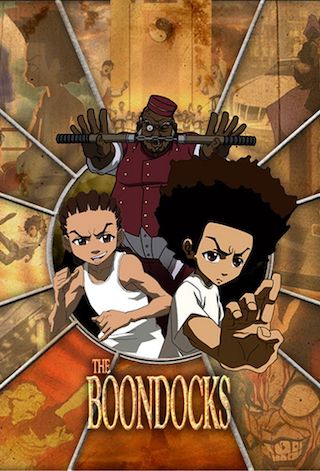 When Will The Boondocks Season 5 Premiere on Adult Swim? Renewed or Canceled?

"The Boondocks" Status on Adult Swim:

In The Boondocks, Robert "Granddad" Freeman (John Witherspoon, Friday After Next) is the cantankerous legal guardian of his rambunctious grandkids Huey and Riley (Regina King-Southland and Ray) and has moved them from the south side of Chicago to the quiet and safety of "The Boondocks" (in this case, suburban Woodcrest), hoping that he can ignore them altogether and enjoy the ...

The Boondocks is a Animation Comedy TV show on Adult Swim, which was launched on November 6, 2005.

Previous Show: Will 'Hot Streets' Return For A Season 3 on Adult Swim?

Next Show: When Will 'Aqua Teen Hunger Force' Season 12 on Adult Swim?