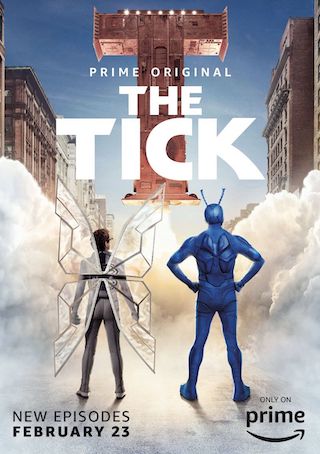 When Will The Tick Season 3 Premiere on Amazon Prime? Renewed or Canceled?

"The Tick" Status on Amazon Prime:

Jan. 17, 2018 -- Hello, Citizens! Amazon Studios today announced it has greenlit a second season of the half-hour superhero series The Tick; the second season of The Tick, comprising 10 episodes, will begin production in 2018 and is expected to premiere in 2019 exclusively on Prime Video in over 200 countries exclusively for Prime members. The Tick Season 2 is executive produced by Ben Edlund (Firefly, Supernatural, Gotham), Barry Josephson (Bones), ...

The Tick is a Scripted Comedy, Action, Science-Fiction TV show on Amazon Prime, which was launched on August 19, 2016.

Previous Show: Will 'Forever' Return For A Season 2 on Amazon Prime?

Next Show: When Will 'You Are Wanted' Season 3 on Amazon Prime?