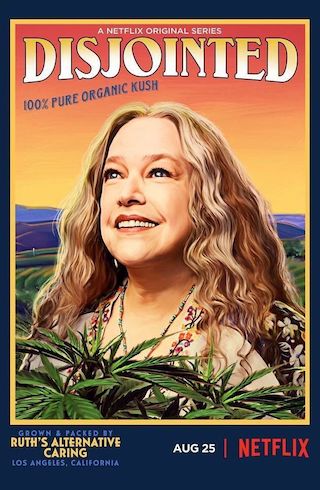 When Will Disjointed Season 2 Premiere on Netflix? Renewed or Canceled?

Disjointed is a workplace comedy starring Kathy Bates as a lifelong advocate for legalization who's finally living her dream as the owner of an L.A.–area cannabis dispensary. Joining her are three budtenders, her twenty-something son and a deeply troubled security guard. All of them are more or less constantly high.

Disjointed is a Scripted Comedy TV show on Netflix, which was launched on August 25, 2017.

Previous Show: Will 'Last Chance U' Return For A Season 6 on Netflix?

Next Show: When Will 'Wet Hot American Summer: First Day of Camp' Season 2 on Netflix?