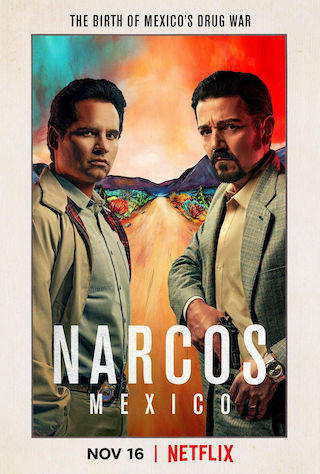 When Will Narcos: Mexico Season 4 Premiere on Netflix? Renewed or Canceled?

Narcos: Mexico exploring the origins of the modern drug war by going back to its roots, beginning at a time when the Mexican trafficking world was a loose and disorganized confederation of independent growers and dealers. Witness the rise of the Guadalajara Cartel in the 1980s as FÃ©lix Gallardo takes the helm, unifying traffickers in order to build an empire. When ...

Narcos: Mexico is a Scripted Drama, Crime TV show on Netflix, which was launched on November 16, 2018.

Previous Show: Will 'Westside' Return For A Season 2 on Netflix?

Next Show: When Will 'The Innocents' Season 2 on Netflix?