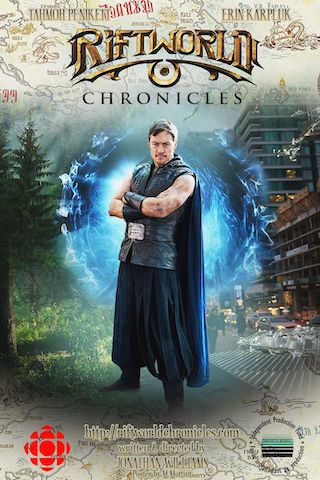 When Will Riftworld Chronicles Season 2 Premiere on CBC? Renewed or Canceled?

A struggling journalist teams up with a dimension-traveling wizard who is stuck in our world without his magic powers. She helps him on his quest to return home in exchange for the rights to his story. When a rift between the realms opens up and fantastical foes invade, they are forced to solve the mystery of what binds their worlds, and their fates, together.

Riftworld Chronicles is a Scripted TV show on CBC, which was launched on July 13, 2015.

Previous Show: Will 'Really Me' Return For A Season 3 on Family Channel?

Next Show: When Will 'Nouvelle adresse' Season 4 on ICI Radio-Canada Télé?