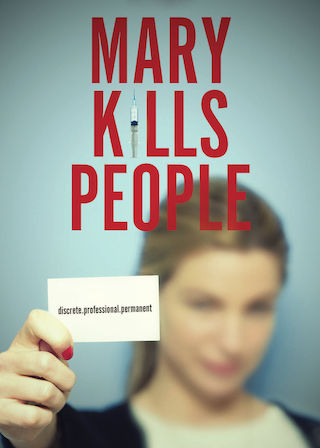 When Will Mary Kills People Season 4 Premiere on Global? Renewed or Canceled?

Set in the morally grey world of assisted suicide, Mary Kills People is an intense, controversial, and thought-provoking drama. The series follows Dr. Mary Harris, a single mother and emergency doctor by day, who also moonlights as an underground angel of death helping terminally ill patients who want to die and slip away on their own terms. So far Mary has managed ...

Mary Kills People is a Scripted Drama TV show on Global, which was launched on January 25, 2017.

Previous Show: Will 'The Next Step' Return For A Season 8 on Family Channel?

Next Show: When Will 'Schitt's Creek' Season 7 on CBC?