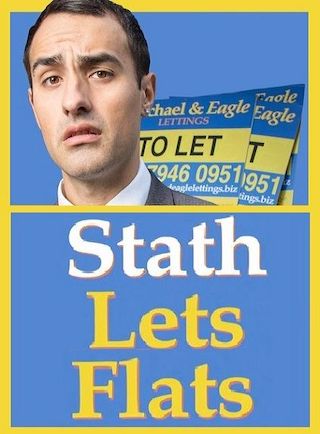 When Will Stath Lets Flats Season 4 Premiere on Channel 4? Renewed or Canceled?

Stath Lets Flats follows incompetent Greek-Cypriot lettings agent Stath, who works for the family business, Michael and Eagle. Stath's hapless sister Sophie dreams of being a professional dancer, but holds a candle for the family's favourite employee, nervous negotiator Al. While Stath wrestles not to be outshone by their top agent, ruthlessly ambitious Carole, the company struggles against the threat of Smethwicks ...

Stath Lets Flats is a Scripted Comedy TV show on Channel 4, which was launched on June 27, 2018.

Previous Show: Will 'Moving On' Return For A Season 13 on BBC One?

Next Show: When Will 'Cunk on Britain' Season 2 on BBC Two?