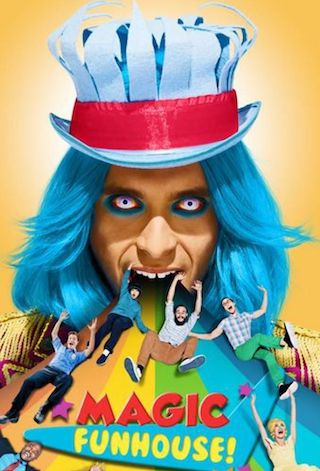 When Will Magic Funhouse Season 3 Premiere on fullscreen? Renewed or Canceled?

A series that peeks behind the curtain of a public access children's TV show to reveal the offensive lives of the cast and crew when the cameras are off.

Magic Funhouse is a Scripted Comedy TV show on fullscreen, which was launched on December 15, 2016.

Previous Show: Will 'Misshaps' Return For A Season 2 on Brat?

Next Show: When Will 'Grown Folks' Season 2 on BOUNCE TV?