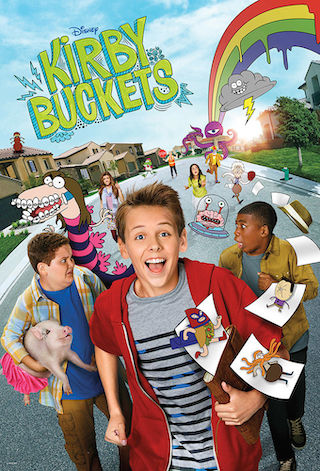 When Will Kirby Buckets Season 4 Premiere on Disney XD? Renewed or Canceled?

The single-camera series that mixes live-action and animation stars Jacob Bertrand as the title character. Kirby Buckets introduces viewers to the vivid imagination of charismatic 13-year-old Kirby Buckets, who dreams of becoming a famous animator like his idol, Mac MacCallister. With his two best friends, Fish and Eli, by his side, Kirby navigates his eccentric town of Forest Hills where the trio ...

Kirby Buckets is a Scripted Comedy TV show on Disney XD, which was launched on October 20, 2014.