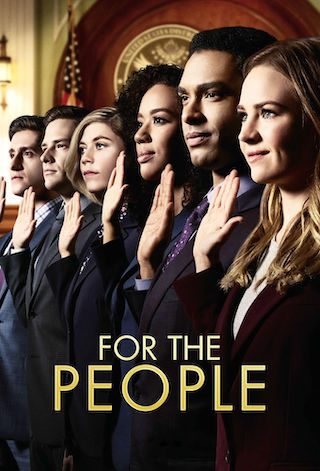 When Will For The People Season 3 Premiere on ABC? Renewed or Canceled?

"For The People" Status on ABC:

"For The People" Summary

Set in the United States District Court for the Southern District of New York, aka "The Mother Court", For The People follows brand-new lawyers working for both the defense and the prosecution handling the most high-profile and high-stakes federal cases in the country - all as their lives intersect in and out of the courtroom.

"For The People" Brief Overview

For The People is a Scripted Drama, Legal TV show on ABC, which was launched on March 13, 2018.

Previous Show: Will 'I Am Frankie' Return For A Season 3 on Nickelodeon?

Next Show: When Will 'The Chi' Season 5 on Showtime?