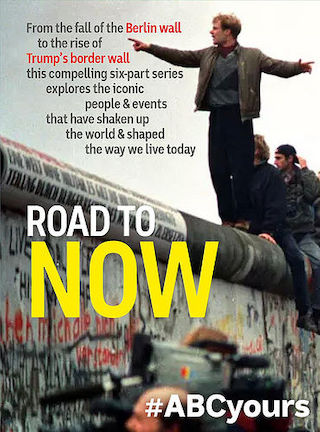 When Will Road to Now Season 1 Premiere on ABC? Renewed or Canceled?

"Road to Now" Status on ABC:

Chris Bath presents six-part ABC series Road to Now, unpacking key events that shaped the modern world and led us into the 21st Century.In the past 30 years, the world has undergone profound change at a dramatic pace – the collapse of the Soviet Union, the rise of China, seemingly endless wars in the Middle East, the eventual revival of Russia and the decline of the ...

Next Show: When Will 'Celebrity Treasure Island' Season 4 on TVNZ 2?