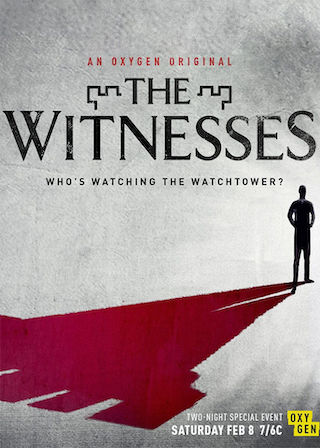 When Will The Witnesses Season 1 Premiere on Oxygen? Renewed or Canceled?

"The Witnesses" Status on Oxygen:

The Witnesses follows the stories of four former Jehovah's Witnesses, as they recount details of the sexual abuse they endured during their time within the organization. The Jehovah's Witnesses religion has long relied on its own governing body to set the course by which its followers live their lives. By examining the organization's policies and practices, the special explores whether those procedures operate to conceal ...

The Witnesses is a Documentary Crime TV show on Oxygen, which was launched on February 8, 2020.

Previous Show: Will 'Lycoris Recoil' Return For A Season 2 on Tokyo MX?

Next Show: When Will 'Disney's House of Mouse' Season 1 on Disney Channel?