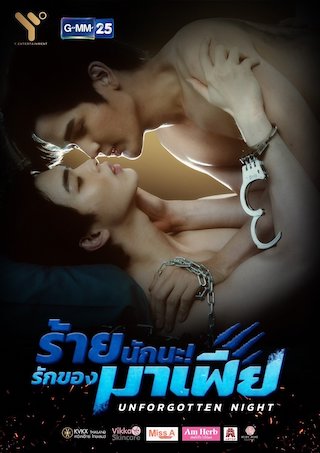 When Will Unforgotten Night Season 1 Premiere on GMM25? Renewed or Canceled?

Tired of his unrequited, futile love, Kim is in need of someone to embrace his body for just one night as it's the only night Kim has to know what he truly wants. By a chance occurrence, the night introduces Kim to a mafia by the name of Kamol who decides to pursue Kim all for himself not wanting him to belong to anyone else....

Unforgotten Night is a Scripted Drama, Romance TV show on GMM25, which was launched on June 22, 2022.

Previous Show: Will 'Again My Life' Return For A Season 1 on SBS?