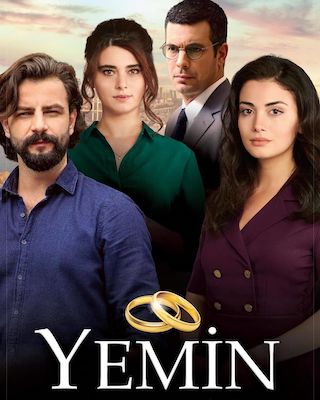 When Will Yemin Season 4 Premiere on Kanal 7?

Reyhan was born in the province. She is a humble, young and beautiful girl who is raised in traditional style. After the death of her mother and becoming an orphan Reyhan's life changes. Hikmet Tarhun, one of the richest people in the country, whom she loved like her uncle, asked her to marry his son Emir. Reyhan is grateful to Hikmet but does not agree ...

Yemin is a Scripted Drama, Romance TV show on Kanal 7, which was launched on February 18, 2019.

Next Show: When Will 'The InBetween' Season 2 on NBC?